What's in a Name?

A computer error gave two women in America called Patricia the same social security number. When the two women were brought together in an office to rectify the blunder they discovered that -

They had both been born with the names Patricia Ann Campbell

Both of their fathers were called Robert Campbell

They each had two children aged 19 and 21

They both had an interest in oil painting

Both had studied cosmeticsBoth had worked as book-keepers


Bullet With Your Name on It

In 1893, Henry Ziegland ended a relationship with his girlfriend.Tragically, his girlfriend took the news very badly, became distraught and took her own life.

Her distressed brother blamed his sister's death upon Henry, he went round to Henry's house, saw him out in the garden and tried to shoot him.Luckily, the bullet only grazed Henry's face and embedded itself in a nearby tree.

In 1913, twenty years after this incident, Henry decided to use dynamite to uproot a tree in his garden. The explosion propelled the embedded bullet from the tree straight into Henry Ziegland's head - killing him immediately. 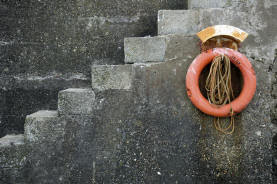 On 8th August 1820, a picnic boat capsized on the Thames - there was one survivor - Hugh Williams.On 10th July 1940, a British trawler was destroyed by a German mine - only two men survived, one man and his nephew - they were both called Hugh Williams.


With a Quack Quack Here 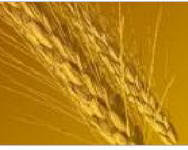 Mr McDonald was a farmer who lived in Canada - nothing extra-ordinary in that - until you learn that his postcode contained the letter sequence EIEIO.

'Til Death Did Them Part

In 1996, Paris police set out to investigate a late night, high speed car crash, both drivers had been killed instantly.Investigations revealed that the deceased were in fact man and wife.

Police initially suspected some kind of murder or suicide pact but it became apparent that the pair had been separated for several months - neither could have known that the other would have been out driving that night - it was just a terrible coincidence. 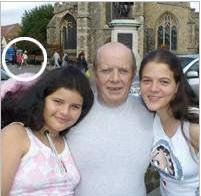 Michael Dick had been travelling around the UK with his family to track down his daughter, Lisa - who he had lost contact with ten years earlier.

After a long fruitless search, he approached the Suffolk Free Press, who agreed to help him by putting an appeal in their newspaper.

Fortunately, his long lost daughter saw the appeal and the pair were reunited. The odd thing was, his daughter had been right behind him when the free paper took the photograph - shown in the photograph above. What are the chances of that!

A fifteen year old pupil at Argoed High School in North Wales was to sit his GCSE examinations in 1990.

His name was James Bond - his examination paper reference was 007.

In 1965, at the age of four, Roger Lausier was swimming off a beach in Salem - he got into difficulties and was saved from drowning by a woman called Alice Blaise.

In 1974, on the same beach, Roger was out on a raft when he pulled a drowning man from the water - amazingly, the man he saved was Alice Blaise's husband.

British cavalry officer Major Summerford was fighting in the fields of Flanders in the last year of WW1, a flash of lightning knocked him off his horse and paralysed him from his waist down.

He moved to Vancouver, Canada, six years later, whilst out fishing, Major Summerfield was struck by lightning again and the right side of his body became paralysed.

After two years of recovery, it was a summers day and he was out in a local park, a summer storm blew up and Major Summerfield was struck by lightning again - permanently paralysing him.He died two years after this incident.

However, four years after his death, his stone tomb was destroyed - it was struck by lightning!

Practice What You Preach

Businessman Danie de Toit made a speech to an audience in South Africa - the topic of his speech was - watch out because death can strike you down at any time.

At the end of his speech, he put a peppermint in his mouth, and choked to death on it!
Posted by Bro. Jeff Hallmark at 10:03 AM