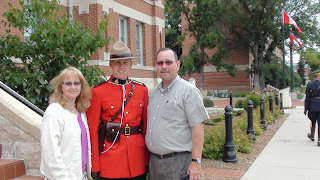 Eighteen Years ago today I became a Canadian.
Posted by Bro. Jeff Hallmark at 4:58 PM No comments:

Support our Troops & Their Families 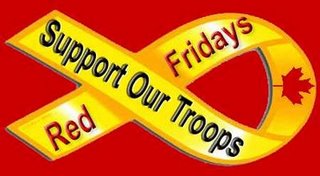 Posted by Bro. Jeff Hallmark at 6:29 AM No comments:

Are they breaking the LAW

KJV & Neil Armstrong on the Moon

Faith in Space: Behind the Mission to Land a Bible on the Moon

A close-up view of the first bible to land on the moon -- printed in tiny format on microfilm and on sale shortly in an auction of rare space memorabilia.

It was one small step for man -- and for some astronauts it was a big leap of faith, too.
Rare artifacts and trinkets from the history of NASA are going to auction in the upcoming week-long Space & Aviation Autograph and Artifact Auction from RR Auction starting September 15th. The auction will feature a letter from Neil Armstrong about his first words on the moon, Armstrong’s training glove, and other exceptional items from the history of space flight and aviation.

But one of the more unique items up for bid?

A full King James Bible that has journeyed all the way to the moon’s surface.

Auction Features First Bible on Moon, Spacesuits From the Stars and More
A treasure trove of more than 800 unique and amazing historical space objects -- including many created or used by Buzz, Neil and Alan -- will go on sale in a September space auction.

“It’s an inch and a half by an inch and a half,” Bobby Livingston, VP of sales marketing with RR Auction, told FoxNews.com. “You need a microscope to really read it, and it’s more symbolic than anything. But it’s all there. The entire King James Bible is there.”

The story of the microfilm Bibles -- there have been several, although this is the first to make it to the moon -- has almost been shrouded in mystery, partly because NASA logged them as “small microfilm packets” rather than Bibles.

The first lunar Bible traveled to Earth’s satellite on February 5, 1971, on board Apollo 14. Lunar Module Pilot Edgar D. Mitchell brought the Bible with him to honor Apollo 1 astronauts Ed White, Gus Grissom, and Roger Chaffee who died in a cabin fire during testing of the Apollo 1 vehicle. It had been a dream of White’s to bring a Bible to the moon’s surface. Mitchell turned that dream into a reality.

Why a compact microfilm edition? Faith is precious in space -- but space is dear in space as well.
“The astronauts had personal preference kits where they could bring personal items with them,” Livingston explained. Those kits each had an 18-ounce weight restriction, so the bibles were printed on microfilm in order to meet NASA’s weight requirements. Microfilm made it possible to shrink all 1,245 pages of that edition of the Bible onto small pieces of film.

“A lot of astronauts brought religious symbols, like crosses, into space with them. This was just one of many Bibles that made it down to the surface,” Livingston said.

Dozens of these almost microscopic scriptures have made it to the moon and back. Most have been given away to dignitaries and politicians (George W. Bush has one in his inventory). But the very first Apollo 14 Lunar Bible will be up for grabs -- and space connoisseurs from around the world will have the chance to duke it out at the upcoming auction.

The event also draws attention to the dichotomy of religion and science, two concepts that have a long history of being at odds. In her book The Apostles of Apollo, Carol Mersch examined how it was difficult for the astronauts and for NASA to discuss their religious beliefs.

“These explorers were not only men of science, many were men of faith,” Mersch said. “Expressing faith in space, however, created a dilemma for many of the astronauts and their government agency -- and that's why it may not have received as much media attention as many of the other Apollo achievements.”

Mersch also references the Apollo Prayer League, a religious gathering that many Apollo astronauts attended. The League was led by Reverend John Maxwell Stout, a NASA employee who doubled as a scientist and a chaplain. Mersch says that for Stout, reconciling the two concepts was never difficult.

“He certainly shared that thought that they were one in the same,” Mersch told FoxNews.com. He once made a comment along the line of, ‘I have no problem with God looking through a microscope along with my students.’”
Livingston, who has consulted with numerous Apollo astronauts for the auction, says that many of them have no issue with finding faith in their science. If anything, Livingston says, it only strengthens their convictions.

“It’s not incongruous. Spirituality and science do go together,” Livingston told FoxNews.com. “I’ve met several astronauts, one of them told me, ‘I know infinity exists.’ I asked him how he knew and he said, ‘Cause I saw it! I sat on God’s back porch and saw it every day.’”

“Sure these are engineers and scientists, but they experience these moments of extreme stress and terror. It’s only natural that [they’d] find comfort in some kind spirituality.” 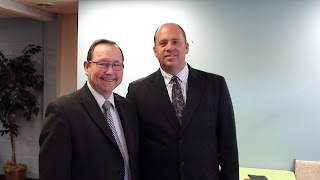 Sunday's offering has been counted and recorded, our missions giving for 2010/11 is $23,891.10. We are Praising the Lord for his goodness and faithfulness.

To admit, my faith was weak but not God's peoples faith. As we counted our commitments for 2011/12 we by faith will meet and add to our Missions budget again this year.  Why was my faith a little weak? We had four of our faithful givers moved over the summer. PRAISE GOD, HE IS FAITHFUL.

I'LL GIVE MYSELF
Tune of “Amazing Grace”
Amazing Grace how sweet the sound,
T0 those who know the Lord
But what of those who still are bound
And do not have His Word?

The many dangers, toils and snares,
Thru which we daily go,
Are nothing to compare, Oh Lord,
With what the heathen know.

Since grace has meant so much to me,
My zeal must never dim.
I'll give myself, Oh Lord, to thee
To take thy grace to them.

How Different Groups Spend Their Day

The American Time Use Survey asks thousands of American residents to recall every minute of a day. Here is how people over age 15 spent their time in 2008. Related article