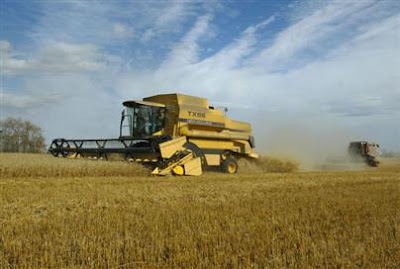 
OTTAWA -- Scientists in Canada and around the world are racing to find a way to stop a destructive fungus that threatens to wipe out 80% of the world's wheat crop, causing widespread famine and pushing the cost of such staples as bread and pasta through the roof.

Canadian officials say that the airborne fungus, known as Ug99, has so far proved unstoppable, making its way out of eastern Africa and into the Middle East and Central Asia. It is now threatening areas that account for more than one-third of the world's wheat production and scientists in North America say it's only a matter of time before the pest hits the breadbasket regions of North America, Russia and China.

"I think it's important people start recognizing what a big threat this is. This could mean world famine. This is quite the deal," said Rob Graf, a research scientist with Agriculture and Agri-Food Canada's research centre in Lethbridge, Alta.

The United Nations calls Ug99 "a major threat" to the world's food security.

Ug99 -- so named because it was first found in Uganda in 1999 -- is a type of stem rust. Spores from the fungus attach themselves to the stalk of a wheat plant and a pustule that causes the reddish-brown rust colour grows. The pustule takes over the plant's nutrient and water system to nurture more pustules and spores instead of grain.

Rust is a problem wheat growers have been dealing with since biblical times. Canadian wheat producers last dealt with a massive rust problem in the 1950s.

"Those producers who are challenged with feeding the world should be concerned about this," said Rick Istead, executive director of the Alberta Winter Wheat Producers Commission. "If this rust becomes rampant in North America, we believe all wheat types would be susceptible -- spring and winter and durum wheat."

Whenever a new rust-causing fungus is discovered, scientists develop a new strain of wheat that can fight off the fungus.

Scientists do this by introducing different genes into wheat plants using conventional breeding techniques, but it can be a time-consuming process. It can often take as many as 12 years to produce new pest-resistant wheat variants.

Scientists working for the U.S. Department of Agriculture have already tested 16,000 wheat varieties, trying to find the genetic combination that will beat back Ug99.

The Bill and Melinda Gates Foundation gave $26.8-million US to CornellUniversity in New York to set up the Durable Rust Resistance in Wheat project.

Scientists at Agriculture and Agri-Food Canada are also working on the problem. The federal government provided the Morden Research Centre in Manitoba with an additional $250,000 in funding this year to build new laboratory facilities specifically designed for Ug99 research.

Almost all the research in North America to develop new wheat strains is funded by governments.

There is little or no research money poured into wheat, say grain growers.

"This is one of the concerns that a lot of grower groups have," said Istead. "Cereals haven't had type or amount of research dollars spent on them, because there's more of an attractive pull into corn and soybeans, just because of the return on investment."